How I Ditched Debt: Changing Habits, Budgeting for a Baby 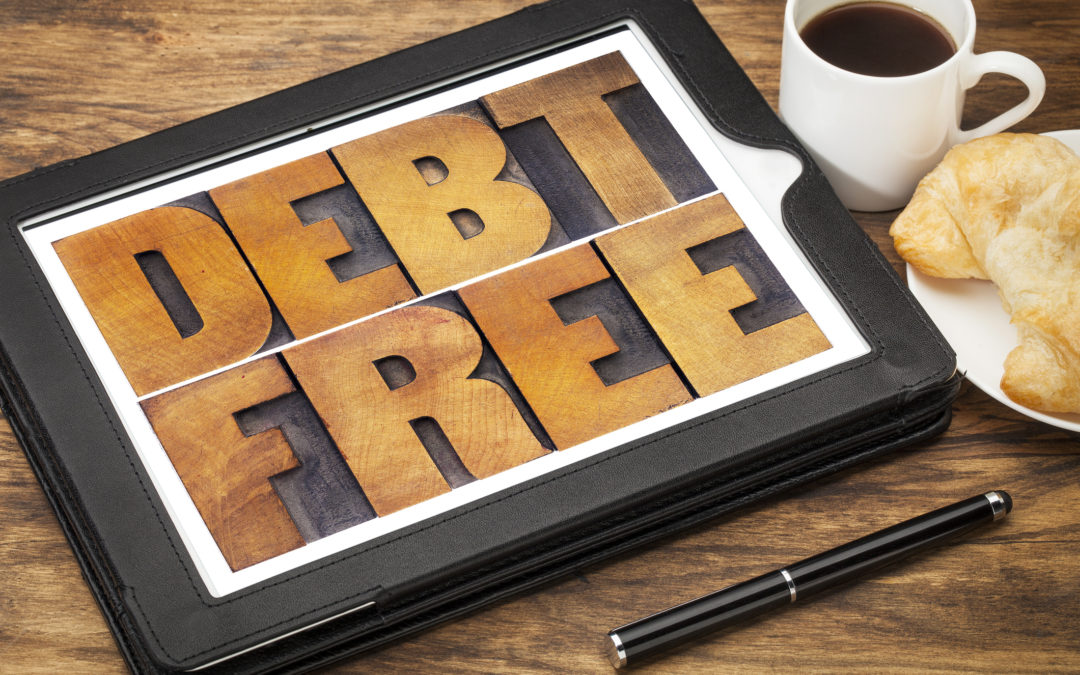 In this series, NerdWallet interviews people who have triumphed over debt using a combination of commitment, budgeting and smart financial choices. Responses have been edited for length and clarity.

Budgeting was the last thing Allison Baggerly and her husband, Matt, thought about. Instead, they focused on eating out, shopping and enjoying life as young professionals. That was until they discovered that their first baby was on the way.

Suddenly, the couple’s financial priorities shifted. Over $100,000 in debt, Allison, then 24 years old, and Matt, who was 28, knew they had to free up money for their growing family and they had to rework their habits.

“We didn’t know how we’d be able to make day care payments,” Baggerly says. “We’re two teachers who didn’t have the means because of our spending habits.”

So the Denton, Texas, couple, who now have two children, got serious about budgeting and paying down debt in 2011. Four and a half years later, they met their goal.

And Allison became such a boss at budgeting that she built Inspired Budget, a blog and business that helps people account for their spending to pay down debt.

Allison recently connected with NerdWallet to share her experience, which may inspire your own debt-free journey.

What was your total debt when you started and what is it now?

We were making $88,000 together at that time and paid off [our debt] in four and a half years. We still have a mortgage but don’t count that in our debt payoff journey.

What triggered your decision to get out of debt?

We were newly pregnant, had just bought a car and we realized that at the rate we were spending, we didn’t have enough money left to pay for day care once our son was born. We decided that we wanted a better life for our growing family.

Where does your passion for budgeting come from?

It definitely stems from the situation we found ourselves in when we added up our debt. I found peace in budgeting. I realized how out of control we were with our budget, and budgeting gave me something we could fix.

How did you first build your budget?

It was a process. We’d budget monthly, then revised and edited weekly for the next three weeks, then we kept revising and making changes as needed because everything doesn’t go as planned.

We just realized that our spending was way out of control. We were spending upwards of $700 or $800 a month on just random stuff, mostly food. It felt like a waste because we didn’t need to be spending that much on food.

We also cut vacations out and only took trips to visit family and friends. Although we missed time on the beach or in the mountains, we loved planning trips to see family. These experiences not only benefited our budget, but they allowed our children to have quality time with their grandparents and great-grandparents. We learned that you don’t need an extravagant vacation just to feel like you’re getting away.

When we were able to get control of our budget, which took us several months, it was freeing to know that we could live on less. And we could also set aside money for debt and money for day care for our future child.

You used the debt snowball method to pay off the debt. How did this work for you?

(Under debt snowball, you pay off the smallest debt first, then roll the amount you used to pay off that amount toward your bigger debts.)

In the beginning, our smallest debts were smaller student loans, then my car which was like $17,000.

With the big one, paying it off was more difficult. It was easy to not put money to pay it off because we thought we would never get rid of it. So to pay it down as fast as we could, we put any extra money we had at that bigger one.

To help with our debt payoff and cover expenses, we also did side hustles on occasion.

One of my side hustles as a teacher was tutoring. I charged $50 an hour and made a few hundred dollars in the summer. My husband and I have also taught summer school, which brought in about $1,000 each.

What about the debt snowball method worked for you?

The debt snowball was effective because it provided the motivation and the high-five to help us keep going.

When we got those paid-in-full notices after paying off a debt, we felt like we were doing things right. And that adrenaline helped us keep going when the debts got bigger and bigger. It was motivating to be able to focus on our ultimate goals.

How has your life changed for the better since you got out of debt?

We have saved more money than we ever thought possible!

But most importantly, our children are learning about money from how we live our life. Even at the age of 6 and 4, they earn money and save, spend and give their own money to our local church.

What principles can people stick to if they’re having a hard time building a budget?

First, I’d say be honest with yourself. Face your truth and own your mistakes and give yourself grace. No one is perfect. The harder you are on yourself, the less likely you will go back to a budget.

Give yourself an allowance to spend on things you know you tend to overspend on. A cash allowance can help curb spending habits. And just be honest and be realistic with your budget.

How do you remain debt-free today?

We make sure to keep a good amount in savings in case something ever happens. We also rarely use our credit cards and are actively saving for large purchases (like a car) that we will need in the future.

How to tackle your own debt

Inspired by the Baggerlys’ debt-free journey? Here’s what you can do to embark on your own:

Photo of the Baggerly family courtesy of Allison Baggerly.

The article How I Ditched Debt: Changing Habits, Budgeting for a Baby originally appeared on NerdWallet.

You have plans, goals and dreams. We have the right loan to help you achieve them. You belong here.