5 Divorce Mistakes That Can Cost You 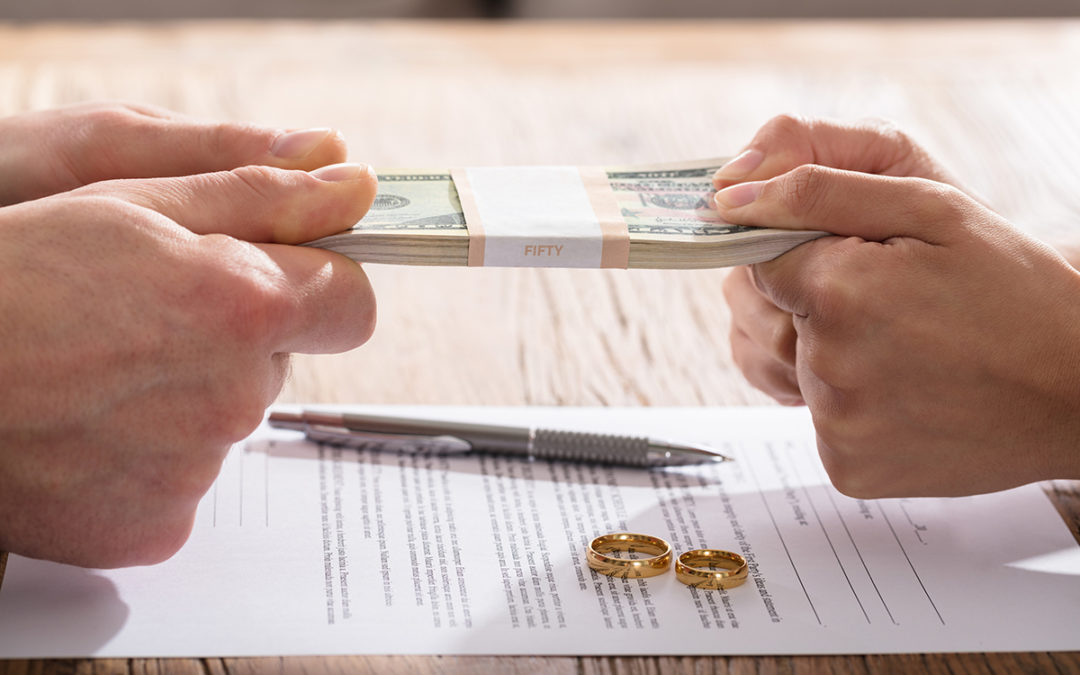 If you’re getting a divorce, it pays to keep quiet on social media, says New York divorce attorney Jacqueline Newman. Trashing a soon-to-be ex or boasting about your great new life can complicate divorce negotiations.

One client’s husband, for example, insisted he couldn’t afford a proposed settlement. Then, he inadvertently gave Newman leverage to get a better deal.

“He bragged [on social media] about the great vacation he just took and the big deal he just closed,” Newman says. “And I said, ‘Thank you very much.’”

Oversharing isn’t the only mistake people make when their marriages are ending. Here are four more that can have significant financial consequences.

Not getting all the paperwork

You may not know that you need certain documents until years down the road, when your ex may be unwilling or unable to provide them, says David Stolz, a CPA and personal financial specialist in Tacoma, Washington, who is active in the American Institute of CPAs. While you can, gather paperwork that shows:

These documents may help not only with the divorce settlement but with future retirement and tax planning, Stolz says. For example, someone who was married for at least 10 years may be able to claim spousal or survivor benefits from Social Security based on an ex’s earnings record.

Investments, property, retirement accounts and other assets may have the same face value now, but trigger different tax treatments later — and that can dramatically affect how much they’re worth, says Kathy Longo, certified financial planner and certified divorce financial analyst in Edina, Minn., and author of “Flourish Financially: Values, Transitions, and Big Conversations.”

A Roth IRA is worth more than a traditional IRA with the same balance, for example, because Roth withdrawals won’t be taxed in retirement. Likewise, a stock or other investment that’s grown a lot in value could trigger a big tax bill that reduces its ultimate value.

Homes can be particularly problematic, especially in high-cost areas. A married couple can exclude up to $500,000 of home sale profit from their taxes, but a single person can avoid tax on only $250,000. Couples need to consider the future, after-tax value of assets during their negotiations, Longo says.

Another big change that can affect divorce negotiations is spousal support. Also known as alimony, spousal support used to be taxable to the person receiving it and tax-deductible for the person paying. That’s no longer true. Starting with divorce agreements made this year, recipients won’t owe taxes on spousal support, and those who pay it can’t deduct it — which could make support agreements trickier to negotiate.

Even if one spouse agrees to take responsibility for a debt, the other spouse can still be held liable if his or her name is on the account. Creditors aren’t bound by divorce agreements, since your contract with them predates the split.

Ideally, divorcing couples would close joint accounts, remove authorized users from credit cards and transfer the debt to new accounts or loans in the responsible spouse’s name only.

Assuming a court fight is inevitable

One survey by Nolo, a self-help legal publisher, found divorce costs among those surveyed averaged $15,500 in 2015. Divorces involving child custody and support issues averaged $19,200, and costs can shoot far higher if cases go to trial.

Mediation or collaborative divorce can save people money compared with traditional divorce proceedings, Newman says. Mediation, an alternative dispute resolution process, may not involve lawyers and relies on a neutral third party to help devise an agreement. With a collaborative divorce, each spouse is represented by an attorney trained in the collaborative process of negotiating deals that are fair to both parties.

Mediation requires spouses to be cooperative and open, especially about finances. Collaborative divorce can be an option when the relationship is more problematic but both parties want to avoid expensive litigation.

With a traditional divorce, people may dig in their heels and have to turn to a judge — sometimes repeatedly — to decide issues as they’re negotiating an agreement. Avoiding that adversarial process as much as possible can make a lot of financial sense, Newman says.

“I tell my clients, ‘You’re going to settle eventually anyway. The only question is how long it will take and how much you’ll pay me,’” she says.

The article 5 Divorce Mistakes That Can Cost You originally appeared on NerdWallet.